Back to the Terror

To welcome DF'82 back to the world of blogging, we are going to spend a week over at the Tower of Terror in Tokyo DisneySea. I don't know about you, but there's nothing better than a week of terror to celebrate the spring! 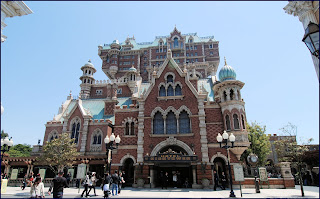 The Tower of Terror in Japan is a completely unique experience. As The Twilight Zone has no recognition in the country, the attraction is themed around the world-famous architect and explorer Harrison Hightower, and his building Hotel Hightower. The Tower is situated in the American Waterfront area of Tokyo DisneySea, at One Park Avenue.

Wikipedia gives a very good explanation into the background story of the Hotel, and the ride itself:


Harrison Hightower...completed many expeditions around the world and collected thousands of countless artifacts. Most of these artifacts were stolen for personal gain and all he stored in his hotel. After one such expedition to Africa, he brings home an idol by the name of Shiriki Utundu. 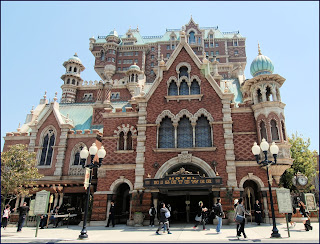 He claims that the natives were very unhappy to part with their beloved god and threatened him that it would curse him. On New Year's Eve, 1899, Hightower held a huge party, attended by many members of the press. There he boasted about how great he was for taking the idol and denied any claims to it being cursed and even went so far as to insult it, using its head to put out his cigarette. Around midnight, he entered the elevator to retire to his quarters at the top of the hotel. As the elevator neared the top, the idol came to life.

The idol zapped him and the elevator, causing it to drop and crash at the bottom. When the elevator was finally pried open, only Hightower's hat and the idol were found. The hotel was then abandoned and left for many years, claimed by the locals to be haunted. After several years, in 1912, a woman from a New York restoration company reopened the hotel with paid tours available. It is on these "tours" that guests embark when they enter the hotel. 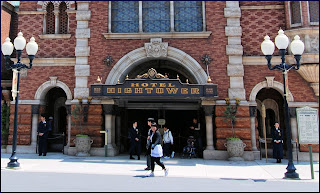 This week we're going to have a look at the Hotel itself, and some of the unique decorations and artifacts that can be found on its grounds. The attraction is best experienced without any prior knowledge, so I am not going to give any spoilers away as to what happens! If you do want to know much more about the preshow and the ride itself, head over to the Tower of Terror Wiki Page.

Otherwise, get ready to experience one of the greatest buildings in Tokyo Disney Resort.
Posted by Princess Fee at 08:30