Round and Round Again

Spending some more time at Disneyland, California, today I thought it would be nice to have a quick look at King Arthur's Carrousel, in Fantasyland. 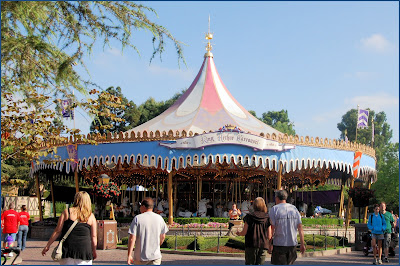 Interestingly enough, this Carrousel is different to other carousels, which commonly have one third of the animals on the attraction stationary. The King Arthur's Carrousel has been modified in such a way that all the animals move - and as all the animals are horses, they all jump!

Another fun fact, is that orginally only one of the horses on the Carrousel was white. This became so popular, that the horses were all painted white, but still remain slightly unique! And there's a very special horse aboard the Carrousel. 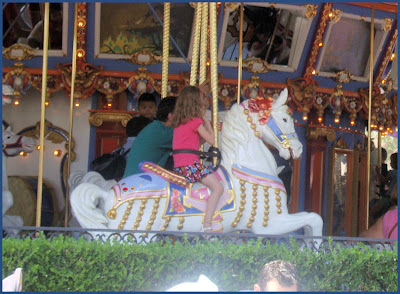 This horse was recently dedicated to Mary Poppins herself, Julie Andrews. And you can see the small motif on the horse's neck, representing Mary Poppins infamous umbrella.

Email ThisBlogThis!Share to TwitterShare to FacebookShare to Pinterest
Labels: disneyland